2018-2019 – Worked as lead animator on “Hunden Ib”. I had full responsibility for the production plan and production of 17 films (duration 3-5 min) from storyboard till finished film.

2018 – Animation for viral commetial for the play ”Erhard mod monopolet” on Mungo Park.

2017 – Illustrations for second book in the series about Halfdan “Halfdan hjælper Amager Fælled”.

2017 – Produced 4 explainervideos for “Bornholms Kommune”. Mette Ehlers did the artwork – I did all storyboards/animatic’s and animation.

2017 – Finished a tropical music video for RayRay “En magisk rejse”. I did all of the animation, storyboarding and character design and worked on the idea in collaboration whit film editor Ida Andreasen and the singer and songwriter René Lønborg.

2017 – Lead animator and primarily responsible for animation and artwork for apps and tv at the company “Animgram”.

2016 – Illustrations for an education book for children whit Danish as their second languet for Gyldendal.

2016 – Did illustrations for a physical math’s activities book “100 ideer til aktiviteter” for Gyldendal.

2016 – Worked as lead animator (3D Maya) on the short fil “In Relations” instructed by Ida Andreasen. + some storybording.

2016 – Animated explainer video about the does and don’ts when you want to have a driver’s license. Characters designed by Jon Skræntskov.

2015 – Animated characters drawn by Mette Ehlers for “Cavling Prisen” to be shown at journalistic award show for “Dansk Journalist Forbund”.

2015 – Animated characters drawn by Mette Ehlers for 4 “breakers” in a documentary about lobbyism for Danish television (TV2). I did all storyboard work, animation and delivering to the costumer and worked in collaboration whit Mette on the ideas for the graphic presentation of a difficult subject to explain.

2015 – Worked on illustrations for a series of “Nature and technology” books for Gyldendal.

2015 – Did illustrations for an “easy to read” book written by Daniel Zimakoff for Gyldendal.

2015 – Animator, storyboard and character designer for “explainer” video for CasualKit.

2014/15 – Animation, storyboards, character design and ideas for 4 films for an information campaign by Peter Bak (Budowski Film) for Hvidovre Hospital.

2014 – I animated (flash) a moving logo for the company Jelly – Animation Sound Studio – facilitated by the Company Wil Film (DK).

2014 – I did design and illustration for a campaign for “Byens Helte” to raise money for their project called “Local Heroes – giv unge heltemod”.

2007-2014 – Worked on illustrations and interactive illustrations/learning for math-books-series for the publisher Gyldendal (DK).

2014 – Worked as animator, illustrator and GUI designer on a game for a national traffic-campaign for young people’s safety called “God trafik stil” for the company Feldtballe Film og TV (DK). I was taken in as adviser also and had responsibility for a lot of tasks regarding the graphic look and functions – working closely together with the coder.

2010/2014 – Worked as animator for Art of Crime (DK). Doing mostly Flash animations for film sequences, commercials and games. But also 3D animation in 3D Studio Max, storyboarding, prototypes of merchandise, editing in After Effects and animation for apps for the adventure, detective game “Crimeville” later called “Huxville” and a bunch of associated products. We were a small well working teem and I got wide range of experience and a lot of responsibility.

2013 – I did front page and Illustrations for the book “Bliv din bys superhelt” by Julie Abitz and her company “Byens Helte” – carefully matching design and colours to her existing website, the style of the graphic designer and the author’s wishes.

2012 – I did illustrations for an “infomercial”/”explainer” and for the magazine FairNOK facilitated by the company MediaMovers.

2009/2010 – Worked as 3D animator on “Olsen Banden – På de bonede gulve” I did several scenes and all the background animation of people walking, talking, riding bikes and cars + some rendering, problem solving and animation fixes for the company A. Film (DK). I also put their website together in Flash.

2008 – Designed and coded various websites in Flash. I also taught a couple of courses in Flash.

2008 – I went to Ukraine to be adventurer, animator and 2D trainee on the French production of “Les LasCars” for the company Borisfen-Luchen (UA).

2007/2008 – worked as character designer, illustrator and animator on various projects for education (on the internet) by the publisher Gyldendal (DK) made in Flash. Including moving illustrations for 10 easy to read books, characters and animation for the whole alphabet whit rimes by Iben Harboe, and a music video for a (reading) song.

2006 – Worked as 2D animator on a rotoscoped commercial by Filmtecknarna (SE).

I was in charge of the girl whit the funky animated hair.

2006 – Worked as 3D animator for Krog Mortensen Animation (DK) on the trailer for the TV-series “Hungry Hamsters” that unfortunately never got funded.

2006 – Worked as animator for AoK-animation (DK) on the music video “Swiss Tunnel” made in FLASH for the Danish band Vincent Van Go Go.

2005 – Worked on A-Film (DK) as Junior str efx animator doing effect animation, fixes and shadows on “Asterix and the Vikings”.

2005 – Worked briefly as animator in the program PAP on the movie “Princess” by Anders Morgenthaler.

2004 – Worked as 2D computer animator for the company TV-animation (DK) on a Christmas-TV-series.

2004 – Worked as Clean-Up and assistant for the company JA Film (DK) on a TV-commercial.

2003/2004 – Worked on the Danish Film-school as both 2D animator and assistant on the production of “Villa, Volvo & Vicky” by Andreas Bødker.

2002 – Worked in Munich (Germany) as Clean-up artist on the production of “Jester Till” at “Munich Animation” (D) for 8 months.

2002 – Worked at the Danish Film School on the production of “Revolution” as both animator and assistant.

2001 – Worked on the production of the music video “Sex in Space” by JA Film (DK) as animator and assistant.

2000 – Worked at the Danish Film School as an Assistant. 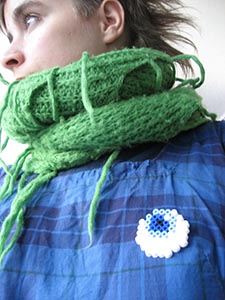 Welcome, this is the homepage of Line Rom Lange, an artist employed by KKArt to do freelance work.

Line has worked professionally whit animation and illustration since 2000.

Line is a quick learner and always strives to broaden her horizon and develop her professional skills. In this way she has, as a trained 2D animator/hand drawer, through professional work and education developed skills in computer animation. She has a high level experience whit both Adobe Animate (former known as Flash) (2D), Maya (3D) and Adobe Illustrator. She also have some experience whit amongst others Photoshop, After effects (as an animation and film editing tool), 3D studio Max.

Line has a lot of experience doing explainer videos and illustrating books for education. She devotes much attention to making the educational material inviting, vibrant and fun. She is used to working independently from idea development, through storyboards and animatic, to finished product. Of course, with good customer contact and in compliance with all deadlines.

She is creative, motivated and a calm, social and collaborative work college ore employee. She is positive and you would never hear her say “no – that can’t be done!” there is always a way – if there is time and enough money…